My wife and I took the kids to Sesame Place in Langhorne, PA this past weekend. The problem is, there are no campgrounds close to Sesame since it’s a Philadelphia suburb. My options were either Quakertown, PA which was 25 miles/55 minute drive or Jackson, NJ which was 30 miles/45 minute drive. I picked Butterfly Camping Resort in Jackson, NJ and made reservations for a 50amp/water/electric/sewer site for $60/night. Once I told my wife, I got “the look” that told me I made the wrong choice. She said she didn’t want that length of a drive and that I should find a hotel closer.

“It’s often cheaper to hotel vs. RV. However it’s seldom as much fun.” – Lantley, RV.NET

My initial fear was that hoteling it it would be more expensive that RVing. But, truth be told- Butterfly Camping resort asks a premium for their sites and we could end up in an inexpensive (but still chain) hotel at only slightly more at $64/night. Even more so, the fuel cost differences were pretty astounding:

The general idea is that the RV is cheaper from a meals perspective, but using the RV just as a place to sleep- our meal costs didn’t change much. Friday night dinner was bought out and would have either way. Breakfasts were the hotel’s complimentary fare. And lunches were packed (sandwiches, fruit and snacks). Saturday’s dinner would have been the wild card, but with being at the park until 7pm- it would have been bought out in either situation.

Hotelling it cost us approximately $173 in fuel and lodging vs. RVing would have cost us $300 for the same.

At the end of the day, Lantley from RV.net was right, “It’s often cheaper to hotel vs. RV.” But, he goes on to add, “However it’s seldom as much fun.” There are pros and cons when deciding to hotel it or RV it.

The pros for this weekend’s hotelling:

The cons for this weekend’s hotelling:

At the end of the day, I greatly prefer to take our camper but for this trip, hotelling it really did make sense. If there had been a closer campground (like Knoebels has!), the camper would have been easier to pick. 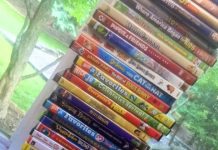 Ripping DVDs to make them portable 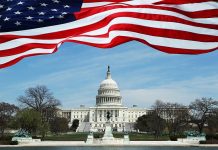 Washington DC Campground Round Up