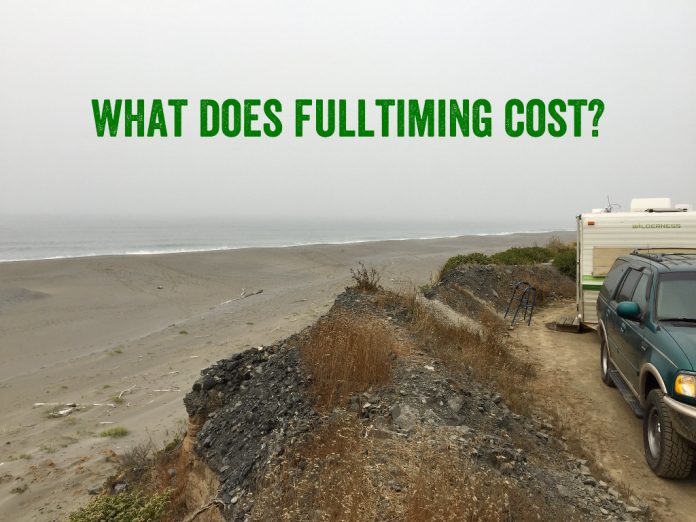 I’ve answered this question at least 3 times this week. The problem is, it’s an impossible question and here’s why:

How much does a house cost?

Where is the house located? New York City, NY and Beverly Hills, CA are going to be quite a bit different than York, PA.

How big is the house? A 6 bedroom house surely costs more than a 1 bedroom condo. (Well, unless that condo is waterfront on a beach and then all bets are off.)

So, how much does fulltiming cost?

I have gone for 7 months now and haven’t paid a nightly fee using Thousand Trails in Florida. Compare that to friends who stayed 2 months at Disney’s Fort Wilderness which doesn’t offer discounts for weekly or monthly stays and can run $100-195/night (yes, $3,500-4,000/month).

We all fulltime differently.

Is fulltiming cheaper than living in a stick and bricks house?

Well, as described: your nightly fees might be cheaper. It helps that I came from the Baltimore/DC suburbs and my mortgage was $2,500/month. I can beat that pretty easily.

But, other stuff costs more. Our restaurants and edutainment (education/entertainment) budgets have exploded. There’s always local fair to try wherever we go. Plus, on a day of sight-seeing, we can pack a lunch but if we end up out past dinner, we tend to buy food out. We have mostly given up chain restaurants (though do indulge in fast food periodically). From the edutainment, it’s easy to justify spending money when you look at it as the kids’ education. We’ve done tours into canyons, caves, and hiked a lava tube. We do try to save money and make good use out of reciprocal museum memberships.

Even our grocery budget has increased. Our fridge and pantries are smaller. Meaning, we can’t hit Costco as easily and can’t “stock up” when things are on sale. Heck, we even have to think about the weight of food as it impacts the rig’s overall weight.

My cellular bills for phone and our Internet are WAY higher than before. One, I have a teen with a phone now. And two, I require stable internet day in and day out for my 9-5 job. If internet is a luxury for you, this might not be so much for you.

Our monthly bills for utilities has dropped dramatically. For instance, because we don’t often boondock, I’ve never paid for water.

As well, we don’t often stay places monthly or longer, we’ve only paid separately for electricity once so far. It was expensive compared to some people that I read about, but still only ran about $135 for the month of December in Florida.

When we do boondock, we’ll run the generator. There is a cost there for the fuel. But it’s cheaper than what a night in an RV Park would be.

We do go through more propane than some and I’ll budget $25-50/month for that. Still way lower than my gas bill for the house ever was. And, it’s only that high in the cooler months and with this new double-door big Norcold fridge; that bad boy burns through a 30 lbs. tank in a week! (Norcold confirmed its usage is expected.)

The first was laundry. We are a single-wear family. We don’t get much, if any, reuse out of pants and shirts. We would wash a good 6-9 loads of laundry a week. The cheapest campground laundry we found was $1.25 for wash and another $1.25 for drying. The most expensive, $3/each. At $2.50/load, that’s as little as $15 for the week; at $6/load, that can be as much as $54 for the week! Now, 52 weeks in a year over 12 months. That was a huge surprise cost. And honestly, it makes the washer/dryer combo pay for itself in short order.

The second big surprise was the cost of drinking water. Before our Berkey Water Filter, we were buying about 12 gallons of water a week. Primarily in 2 1/2 gallon sized jugs that fit nicely into the fridge. On top of that, we’d buy a case of Dasani water bottles every week or two. It all added up and was super wasteful! Between the Berkey and a set of reusable Tupperware water bottles that we keep in the fridge, we’ve cut our water purchases out almost completely.

The last surprise cost was all of the memberships we end up paying for:

They all are supposed to save money, but all have to be budgeted for. We’ve skimmed down on them a bit. But at first, it’s hard to tell which ones you need.

Where HAVE we saved money?

Believe it or not, even compared to driving across the country… cutting out the commute of a 9-5 job has saved us mileage on the vehicles and cost for fuel each month. This was a bit lesser to an extent for us because I had been working from home for a couple of years. But we dropped from 2 cars down to 1 when we got on the road.

Insurance. We traded homeowners insurance for a Fulltimer policy. Don’t scrimp here. Get good coverage. Be mindful when picking a mail service for your residency as it’s zip code can impact your costs. Talk to an agent like Miller RV Insurance before deciding where you’re going to establish your domicile/residency.

We traded a house payment for a more expensive truck, camper, and campground fees. We mostly win this due to the cost of our living before. We bought new for both, but if you go in with a debt free mindset and buy used, you can definitely swing this in your favor!

Is it worth it?

For us it is! Being able to travel and explore have been amazing for our family.

So, how much does it cost to fulltime? Only you can answer that! 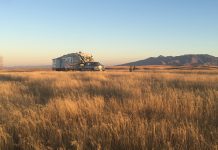 Camping is fun! Why not go fulltime?