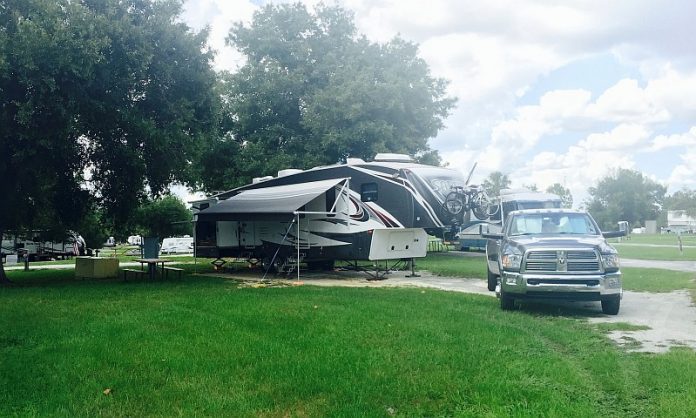 We have stayed at Thousand Trails Orlando (or TTO, as the cool kids call it), just outside of Disney World a handful of times now. My first experience at TTO was near Christmas time back in 2012 and since then, we’ve been back in the thick of summer and hiding from the cold of winter. It’s a great destination for exploring Disney World, Universal Studios, SeaWorld, and other Orlando attractions. However, it’s also a great park for just hanging out at the campground. In the summer months, the park isn’t extraordinarily busy. In the winter, it’s a hotbed of snowbirders and fulltime RVing families.

Sites (mostly paved, but nature is reclaiming many of them)

The sites are a real interesting mix of huge sites and some of the most terrible pull-thrus I’ve ever seen. The biggest challenge with the parks is that there are limited 50amp sites available (though, construction is going on right now to convert entire sections during the summer of 2016).  During the winter months, there are campers with crazy antics with campers trying to get the available 50amp sites. I’m looking forward to the upgrades making a 50amp site being easier to get.

The sites themselves were all paved at one time but nature has been reclaiming the pavement. They’re mostly level with minimal leveling needed, but not so level that I’ve ever not needed some blocking under the wheels.

There is a great mix of sites from open sites with good satellite reception and other sites that are fairly wooded with nice vegetation between the sites.

The park is quite friendly to big rigs. The only real downside is the whole “first come, first served” site aspect that leaves you driving up and down rows, looking for that “perfect” site. But, that’s how it goes with Thousand Trails.

The site pads are generally spacious and support bigger rigs. There are a handful of sites for smaller sites, but more times than not- you always find a site that big rigs will fit in.

Being a very large campground, the bathrooms are well placed throughout the park. They’re decently appointed. Either all of the bathhouses (or some of them) have laundry facilities. We’ve used a few of them and they’ve all been air conditioned and decent.

Cell phone service is a tricky one. In actual bars, you get decent signal with both AT&T and Verizon. However in actual data throughput, the speeds and response times aren’t great. In the summer, you’re fighting visitors to Disney; in the winter, you’re fighting a bunch of old folks. I’ve heard that in the winter some people get better speeds and connections by using a booster, though I haven’t tested it myself.

Campground WiFi isn’t free anywhere except for the rec center and front office. The paid wifi isn’t fantastic, but it is better than it used to be.

The amenities at the campground are 2 pools, a kiddie pool, a hottub, a duck pin bowling setup, pickleball courts, tennis court, playground, a lake for fishing and paddleboating, dog walk park, driving range net, and a decently appointed rec. center. I’m sure there are more, check the Thousand Trails website for the full list. The pools are generally in great shape- one has a volleyball net setup in it.

Truthfully, we’re usually pretty busy running around when we are there. And more recently, we’ve been watching our DVDs on our media drive or streaming TV. It’s in the middle of a fairly populated area, so OTA TV should be fine.

For satellite TV subscribers, there are plenty of sites and areas of the campground that support getting signal.

The camp store isn’t much to write home about. They have a few camp goodies, some essentials, and not a whole lot else. During the winter/busy season, there is a small quick service eatery. I’ve heard decent things, but have never tried it.

The biggest negative is that the campground has a pretty nasty history of losing electric and water services on a regular basis. I generally keep a full water tank in the event that they lose water.

However when the services are all working, it’s a great park. We always have been able to find real nice sites each time that we have gone. Even with a few hiccups in services, I have always come away pleased.

If you’re here for Disney World, there’s a “backway” from Thousand Trails Orlando to Disney property; it cuts off a tremendous amount of time of waiting through the light-cycles on 192. Here’s what you do: 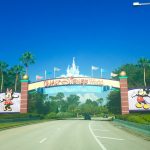 My second tip is obvious, if you’re going in the summer- prepare for HOT. We put Reflectix in most of the camper windows and ended up adding a few more with our most recent stay in July. The Reflectix really helps cut down on the amount of heat admitted through the windows.

I also finally got the kick in the pants to inspect my air conditioner ducts/vents and found that there were a lot of places where cold air was being wasted/lost into the ceiling of the camper itself. Don’t be afraid to pull vents down and get on a ladder to get a good look around. It made a tremendous difference for us.

Other area attractions – Orlando is a tourism hotspot. We had an absolute blast at SeaWorld’s waterpark called Aquatica (seriously, the raging rapids are beyond fun). My daughter and I have both swung from a giant swing (Skycoaster) at Fun Spot America (it’s purported to be the world’s tallest).

Food-wise, you can’t go wrong. But for the pizza lover- you absolutely must try out Mellow Mushroom or the Chicago favorite, Giovanni’s. For a fancy (read: very expensive) date night dinner, my wife and I love going to Narcoosee’s at Disney’s Grand Floridian hotel; if you time it right, you can request a window seat and watch the Magic Kingdom’s Wishes fireworks at night. 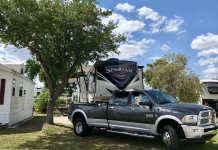 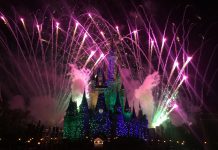 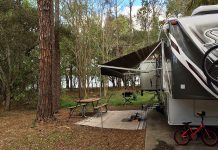